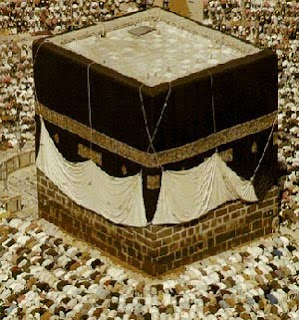 In the Quran Abraham rebuffs idol worshipers.
(Al-Anbiya (64) Then were they confounded with shame: (they said) "Thou knowest full well that these (idols) do not speak!" (65) (Abraham) said "Do ye then worship, besides Allah, things that can neither be of any good to you nor do you harm? (66) "Fie upon you and upon the things that ye worship besides Allah! have ye no sense?")

"The superficial notion of shirk—the worship of material idols—must be understood on a more subtle plane as false gods hidden within one's intentions, attitudes and orientations; as all elements of hidden pride, vanity, ostentation, pretentiousness. As the Imam [`Ali ibn Abu Talib] says: 'Know that the slightest ostentatiousness (riya`) is polytheism.'"
—Reza Shah-Kazemi[3] 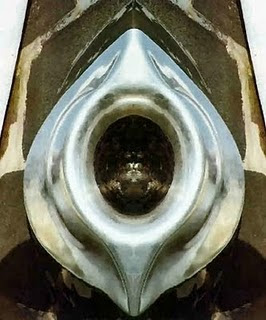 The Prophet Mohammad beat up pagans in his own tribe for worshiping this rock.  Have they all forgotten?

MOHAMMAD REFUSED TO BLESS THE REGION OF RIYADH(NAJD), SAYING THE HORNS OF SATAN WILL SPAWN FROM THERE.


Allah’s Messenger (may peace be upon him) as saying (in a state) that he had turned his face towards the EAST( Najd): Behold, turmoil would appear from this side, from where the horns of Satan would appear.http://najd2.wordpress.com/ 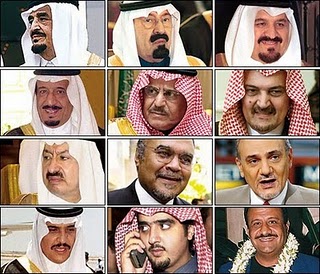 ...That Jewish Ancestor of the SAUDI FAMILY (MORDAKHAI), was quick to establish a “GUEST HOUSE” called “MADAFFA” on the land he usurped from his victims, and gathered around him a group of hypocrites who started to spread out false propaganda for him that he was a prominent Arab Sheikh...
http://just-another-inside-job.blogspot.com/2008/12/zionist-rulers-of-arabia.html
When Arabs are being maimed and slaughtered by Satan/Lucifer worshipping Jews and governments they own like the USA and Britain, it should be no surprise the JEWISH Saudi Royals really don't give a shit! 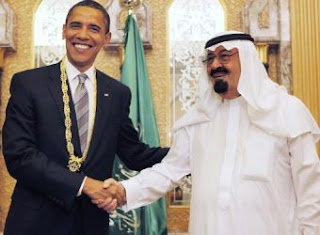 JERUSALEM IS THE CITY OF PILGRIMAGE, NOT MECCA 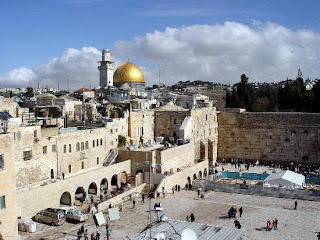 Sura 2:144 Turn then thy face in the direction of the Holy Temple: wherever ye are turn your faces in that direction. The people of the Book (Bible) know well that that is the Truth from their Lord. Of course they know to turn their faces to Mt. Moriah in Jerusalem because the Book - Bible tells them to do so - that is why all churches face Jerusalem - read Genesis 22 v 2-3, 14; 2 Chronicles 3 v 1 & 6 v 20-21; 1 Kings 6 v 1-2, 11-14 and 1 kings 8 v 29-30 and Isaiah 56 v 7.
...The story about Mecca was made up by the Meccans to advertise and promote Mecca (in their advertising brochure - the Hadith) and is a complete fabrication. It has NOTHING to do with the Holy Koran. The Hadith contradicts God's Koran.
...Mecca was an evil place when Mohammed Mustafa was born and the Meccans drove him and the TRUE KORAN out because it was about Jerusalem and would have ruined their pilgrimage-business to their black rock and idol-worship.)...
http://jahtruth.net/kaba.htm

SATAN MAKES MOUNTAINS OUT OF MOLEHILLS 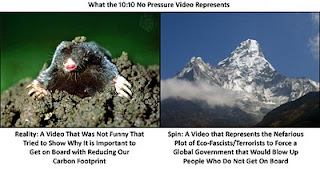 Instead of being on the same page, many Muslims and Christians are at each others' throats. Why? Because Satan the District Attorney has made them to disagree on the slightest nuances.

Many Muslims believe Judas took Christ's place on the cross, yet NOWHERE is it in the Quran.  How can Judas be on the cross when he hung himself?  All Mohammad said was they failed at killing him(Yeshua) and that it only looked like they did.  Satan the lawyer has blown smoke over the truth. Yes if you are a true believer, you have no doubt in your heart Christ Yeshua survived his execution on the cross and lived a very active life after wards, then whenever after that period he was caught up in a whirlwind in the same way the Prophet Elijah & Enoch was.  Satan has led many Muslims to believe Yeshua wasn't even on the cross because Mohammad said he wasn't crucified. YES IT IS TRUE HE WASN'T CRUCIFIED BECAUSE HE LIVED AFTER IT! PLUS LONGINUS BROKE THE LEGS OF THE OTHER 2 VICTIMS ON THE CROSS AND ONLY PIERCED YESHUA IN THE SIDE, THEN AFTER HE AROSE 3 DAYS LATER. The truth is simple, only lies are complicated.
There are many confusing translations of the Quran into English.  Fortunately I found this one:
Mohammad speaks out about people making up their theories and lies because they don't want to believe Christ survived or was even at the execution, saying: "...But only conjecture to follow.."

(WOMEN
157. That they said (in boast),
"We killed Christ Jesus
The son of Mary,
The Apostle of God";--
But they killed him not,
Nor crucified him,
But so it was made
To appear to them,
And those who differ
Therein are full of doubts,
With no (certain) knowledge,
But only conjecture to follow,
For of a surety
They killed him not:--
158. Nay, God raised him up
Unto Himself; and God
Is Exalted in Power, Wise;--
159. And there is none
Of the People of the Book
But must believe in him
Before his death;
And on the Day of Judgment
He will be a witness
Against them;-- )


Whenever religious books confuse me I go running to the works of Josephus who I find frank and demonstrates how events co-relate.